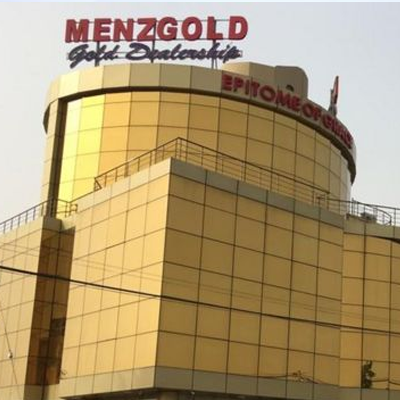 Chief Operations Officer at Dalex Finance Joe Jackson says gold investment company Menzgold was running a Ponzi scheme on the blind side of its customers and regulators. Joe Jackson noted that most of the customers who invested with the company have no or little knowledge about how investments work, hence, the company took advantage of them all. According to him, although there had been several warnings from the Bank of Ghana over the company’s operations, customers were attracted by the interests promised. Menzgold was on September 12, 2018 asked by the Securities and Exchange Commission (SEC) to suspend operations because it did not have the required license to operate.

SEC orders immediate shutdown of Menzgold
The suspension caused panic among customers, who expressed worry over their investments despite several assurances from the company. The gold-trading firm, subsequently, came out with communication that they would pay customers their capital within a period of 90 days, but this did not see the light of day. Some aggrieved customers threatened legal action with Menzgold suing the Bank of Ghana and SEC for the actions taken against its operations.

But speaking on TV3‘s New Day on Saturday, the Dalex Finance COO said Menzgold led everyone into believing it was running a genuine business, hence the decision by its customers to do business with them “There had been repeated warnings that this Menzgold issue look like a duck, walk like a duck, swam like a duck, and that the returns being paid, everything smacked of a Ponzi scheme.”

“One of key characteristics of a Ponzi scheme is that it needs constant infusions from new members to keep the scheme running. The challenge we have is this, as soon as Menzgold was asked to stop taking new contracts, the returns stopped, which is a very bad sign. “Remember the regulator did not say stop trading, they said don’t take new contracts,” Mr. Jackson noted.

He further tasked customers of the dormant company to seek legal redress to retrieve their monies. “I say to anybody who has his money there, if you have any issue, take it to court, because it is scary that they have unilaterally decided not to pay any returns.

“They have unilaterally decided that they will pay the principal after sometime.” Mr Jackson also said regulators ought not to be blamed for Menzgold’s issues, since they issued warnings on countless occasions. By Irene Amesimeku|3news.com| Ghana]]>