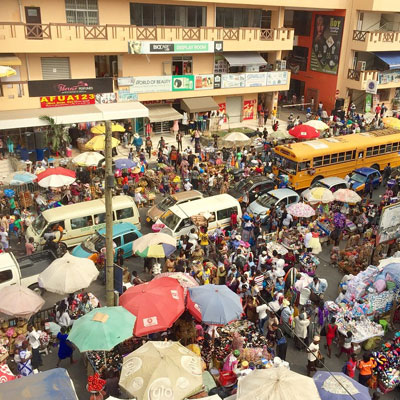 Financial exclusion has been cited as one of the key reasons for the poor standard of living among Ghanaians. This according to Dalex Finance is because over 65 percent of Ghanaians do not have access to any financial services.

Director of Business Operations at Dalex Finance Joe Jackson tells Joy Business the lack of easy access to financial services has not only limited the potential of financial institutions in the country to expand, but has also affected the quality of life of people.

Financial inclusion, Mr. Jackson explained, involves the number of a country’s population engaged in some form of financial transactions or having some account of some sort, or having some account with a savings and loans company, or a micro finance company, a bank, credit union, some welfare society or with a mobile money account.

He added that, the more financially inclusive a society is, the better its standard of living and the higher the rate at which that society develops or grows.

“When people are poor and are not financially included, they only rely on their periodic earnings to achieve anything. They in that regard are not able to secure a loan, can’t properly save, can’t take insurance, or even transfer money. So what then happens is that all the things that they are supposed to do because they can’t save, sometimes they can’t take their children to school and can’t even invest in any business and can’t even do anything that would help improve their standard of living,” he stated.

According to Mr. Jackson, when there is financial inclusion, the citizenry are able to access a full range of financial services for investments, insurance, credit, everything. These services he stressed are provided by institutions that are regulated by a central body that treats each of them fairly and with respect. The institutions are also sustainable and are able to deliver on a long-term promise to their customers. Also, there’s competition among these financial institutions so each person can choose where to engage in that financial transaction.

The lack of financial inclusion does not only make the citizens of a country poor, but widens the gap between the rich and poor.

Mr Jackson said “cross the border to Nigeria and it is as high as 44%. It’s 49% in Botswana and 50.47% in Algeria. Kenya has 55% rate of inclusion and this is attributable to the success of MPesa. This is because MPesa has roped everyone with a mobile phone into its system thereby giving financial access to even the poor. South Africa enjoys an inclusion as high as 68% and this strongly corresponds to the per capita GDP of all these countries”.

Ghana has traditionally had its financial services provided by commercial banks relocate branches to areas where they make the most profits.

So you would find that even though the number of banks have increased dramatically over the last two decades, the corresponding number of branches have not really gone up, and that the old commercial banks have actually closed branches.

“In addition, even though we’ve had an explosion of micro finance companies in the last few years, these banks have not achieved the level of inclusion that we would have expected simply because the amount of fraud they have perpetuated have stood as a barrier to adoption by the population that they are supposed to serve and a lot of these micro finance companies are also acting as ‘commercial banks light’. They are not actually going to the rural areas to address the under-served”, he indicated.

Although there have been some improvement between 2011 and 2014 where the rate of financial inclusion jump from 28 to 34 percent which is a significant increase, that increase has been driven by the advent and success of mobile money. In 2014, over 11billion transactions were conducted via mobile money accounts. A lot more could be done to improve financial inclusion in the country. Mr. Jackson however says, if the trend is reversed to financially include a lot more Ghanaians, it could go a long way to positively impact the economy as a whole.